What Teens Need to Know About Dating and Relationships

Connections: Relationships & Marriage is among the most popular relationship and marriage program for teens. This course teaches young adults how to achieve meaningful relationships with family, friends, dating partners, and eventually spouses. The 20 lessons focus on the fundamental understanding and skills essential for successful relationships. Specific topics include recognizing and respecting individual differences, identifying potential problems, communicating and listening effectively and responsible decision-making. The course integrates PREP® concepts and a wide variety of experiential exercises (including the popular “marriage game”) to anchor learning.
Buy Now
Request Review Copy

The Connections: Relationships and Marriage unit has been written in four sections:

The materials have been written to allow the instructor maximum flexibility with the subject matter. Each of the sections can be taught separately when integrated with other subject areas, or they may be taught in sequence as a 20-lesson unit. Instructors may incorporate materials and motivators of their own, which are suitable for their particular groups and are compatible with the stated goals and objectives of the unit. This curriculum includes a participant workbook, an instructor’s manual, participant copies of The Keirsey Temperament Sorter, marriage unit game cards, and a CD carrying PowerPoint slides.

Lessons have been designed so that evaluation of participant achievement is more qualitative than quantitative, more concerned with process and continuing growth than with a specific measurable product. Homework assignments have been limited to those which extend the lesson’s purpose or lead into a new lesson, and which actively involve participants in their own learning. The purpose of the workbook is to assist young people in gaining a better understanding of themselves, to help identify positive or negative patterns of behavior that influence the quality of relationships, to clarify perceptions and expectations in dating relationships, and to offer guidelines for choosing a life mate. The marriage section of the workbook is designed to increase awareness of specific areas of importance within the marriage relationship. These areas include: setting priorities, sharing responsibility for the children, understanding the fundamentals of family finances, working through crisis, and learning how to enjoy time spent together. The Connections: Relationships and Marriage unit provides the participants with the opportunity throughout the lessons to develop practical interactive skills in communication which is the basis for all successful life relationships. The unit is most directly applicable in the following classes: family life education, social studies, family consumer sciences, and health education.

Completely revised in 2011, Connections: Relationships and Marriage teaches young adults the practical skills for creating – and sustaining – healthy, meaningful relationships. Major goals include the strengthening of self-awareness, self-confidence and communication skills, as these provide the foundation for forming positive relationships with others.In addition to basic relationship topics, the lessons introduce issues such as roadblocks to relationships, building on individual strengths, how family experiences shape relationship expectations, communication and conflict resolution, life goals, love, commitment and the realities of marriage. PREP concepts are incorporated throughout the course. Connections: Relationships and Marriage is ready to teach with a minimum of preparation and accommodates instructors at all levels of expertise. The concise, structured format permits lessons to be easily completed in 50 minute sessions, even with larger classes. Designed for use in schools and youth organizations, Connections’ material aligns with national standards and integrates with most textbooks. Content is non-religious, non-sexual and based on current research. 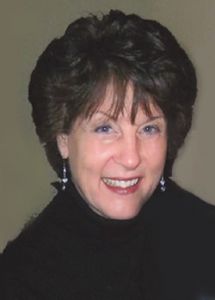 Charlene is a lifelong educator, as well as curriculum developer, speaker, trainer, and youth advocate. Her 25+ years of experience an educator at both the elementary and secondary levels, includes six years of teaching science and four years as a health instructor. Since 1992, she has taught both Introductory and Advanced Placement Psychology at Redlands High School, Redlands, CA.

A frequent speaker at national and state conferences, Ms Kamper also works with teen pregnancy prevention programs, after-school and recreational youth organizations, and other youth leadership and community groups. She has been a member of the San Bernardino County Teen Pregnancy Prevention Coalition, and currently serves as a guest speaker and relationship consultant for Teen Forum.

In addition to Healthy Choices, Healthy Relationships, Char Kamper is the creator of Connections: Dating and Emotions, Connections: Relationships and Marriage both widely used in the U.S. and abroad. Research on these curricula shows them to be helpful in reducing teen dating violence and pregnancy as well as improving peer/peer and parent/teen relationships.

Ms. Kamper holds a Master’s Degree in Family Studies and is a Certified Family Life Educator (CFLE) with the National Council of Family Relations.

What Others Have to Say

“One student, during the “Plan for Life” section stated: “I never knew or even thought of making a plan.” Another student, who is currently in foster care, began to understand that her parent had made poor choices in relationships and stopped blaming herself. She is suddenly doing better in school and determined to be a success!”

“Students were very interested in marriage and relationships, dating and budgeting. The curriculum was very informative and provided the students with important skills for their futures.”

“The students learned a lot from Lesson 15 about budgeting. Many of my students complain about their parents not giving them enough money to spend. This lesson helped them realize how much household expenses can be. Many of the students realized how difficult it can be to manage, especially if only one of the parents is working or the parents make minimum wage.”

“Thank you for providing this information. It is invaluable to help students begin to be aware of how they are behaving, to begin to see more clearly interactions around them, and how things can be better – that they have power to improve their worlds and their future lives. Two students told me that they don’t not fight with their moms as much as they used to. Another said she and her boyfriend (with whom she lives) do not fight as much and that when they do argue, issues are resolved in a healthier way. Another said they are more aware of what they argue about and are more willing to share the blame. Finally, a student states that they have increased awareness about negativity and do not take that on themselves as readily. I attribute this to the lessons on communication and increased awareness about how they interact.”

“The students learned the importance of their personality type and how that really affects the person they are. They also learned how important it is to handle conflict in a calm manner.”

“My students learned more about themselves through the personality sorter. By learning to understand themselves students could relate to others better.”

“We had huge issues with conflict in my 4th period class particularly. Now they will even bring up activities we’ve used in class when someone falls back into bad habits. I also think the personality units helped all my students gain valuable insight into themselves and their own potential as well as self-defeating behaviors. I appreciate the Keirsey Temperament Sorter booklets.”

“The students improved their ability to problem solve and make better decisions. After the class they were much more able to communicate with their peers.”

“After the curriculum had been taught, students had a much better understanding of who they are as well as the type of partner that they would like to marry.”

“Students are more confident in their strengths and they have a better understanding of themselves. They are much more able to recognize and indentify the characteristics of positive and negative relationships.”